The Dodge Viper, among Detroit’s most celebrated muscle cars, is getting a rare $15,000 price reduction amid disappointing sales in a market that has shown a healthy appetite for pricey sports cars from domestic rivals. “The Viper, which had been carrying a base price of at least $100,000, will now start at about $85,000. While the Viper is still more expensive than the Chevrolet Corvette or Ford Mustang, the new price is more akin to its inflation-adjusted price at first launch in 1992,” Chrysler said. 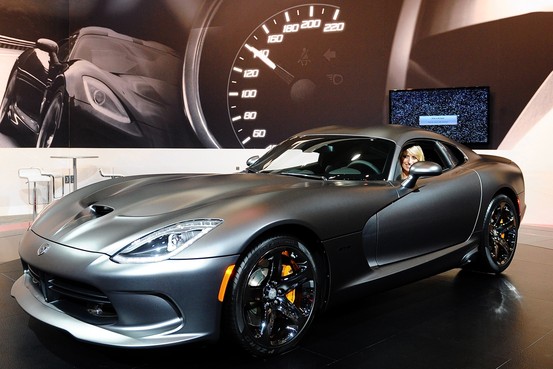 “The new Viper, the fifth generation of the auto, made its debut as a 2013 model. Anyone owning a fifth-generation model before Monday’s pricing reduction will receive a $15,000 certificate toward a new Viper purchase,” Chrysler said. SRT, short for Street and Racing Technology, has been folded back into the Dodge brand after a failed attempt to make it stand on its own.

“Dealers who had previously wanted to sell the Viper needed to spend $25,000 to obtain special equipment. That initiative has been shelved, opening the door for all 2,300 Dodge dealers to sell the Viper,”the auto maker said.