“The VIN0001 muscle car was not only one of the hottest cars that rolled through the Barrett-Jackson auction lanes, it is also the ultimate collectible 2015 Dodge Challenger as Dodge is ensuring there will never be another one like it,” said Tim Kuniskis, Dodge and SRT brands president and CEO, in a statement. 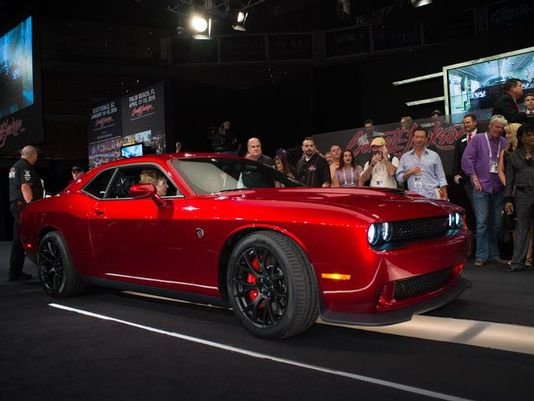 The auctioned Challenger Hellcat included a special 6.2-liter supercharger engine cover and a “Hemi Orange” painted presentation containing an iPad with a video documentary that shows the step-by-step building of the car.