It seems like there are just two possibilities for the Viper’s future. The first is that at its new $86,880 price point, it will reach an equilibrium between demand and value, and continue selling around 100 units a month, which is apparently enough for Dodge to fire up the plant again. The second is that a small pool of opportunistic buyers simply pounced on a decent value, and sales will taper off once they’ve had their fill.

Either way, there’s no better time to pick up a new Viper than right now. It’s a mean, elemental thing. We love it.

The “most powerful muscle car ever,” as it comes billed, will be EPA rated at 13 miles per gallon in the city, 22 mpg on the highway for a combined 16 mpg for the eight-speed automatic-transmission version. For the manual shifter, deduct 1 mpg on the highway.

“The new 2015 Dodge Challenger is the perfect street / strip muscle car,” said Tim Kuniskis, President and CEO – Dodge and SRT Brands. “As the fastest muscle car ever, the Challenger Hellcat can run 10-second ETs at the track, and then get 22 miles per gallon on the drive home. With a starting price of $59,995, there’s nothing else that even comes close.”

The Dodge Viper, among Detroit’s most celebrated muscle cars, is getting a rare $15,000 price reduction amid disappointing sales in a market that has shown a healthy appetite for pricey sports cars from domestic rivals. “The Viper, which had been carrying a base price of at least $100,000, will now start at about $85,000. While the Viper is still more expensive than the Chevrolet Corvette or Ford Mustang, the new price is more akin to its inflation-adjusted price at first launch in 1992,” Chrysler said.

“The new Viper, the fifth generation of the auto, made its debut as a 2013 model. Anyone owning a fifth-generation model before Monday’s pricing reduction will receive a $15,000 certificate toward a new Viper purchase,” Chrysler said. SRT, short for Street and Racing Technology, has been folded back into the Dodge brand after a failed attempt to make it stand on its own.

“Dealers who had previously wanted to sell the Viper needed to spend $25,000 to obtain special equipment. That initiative has been shelved, opening the door for all 2,300 Dodge dealers to sell the Viper,”the auto maker said. 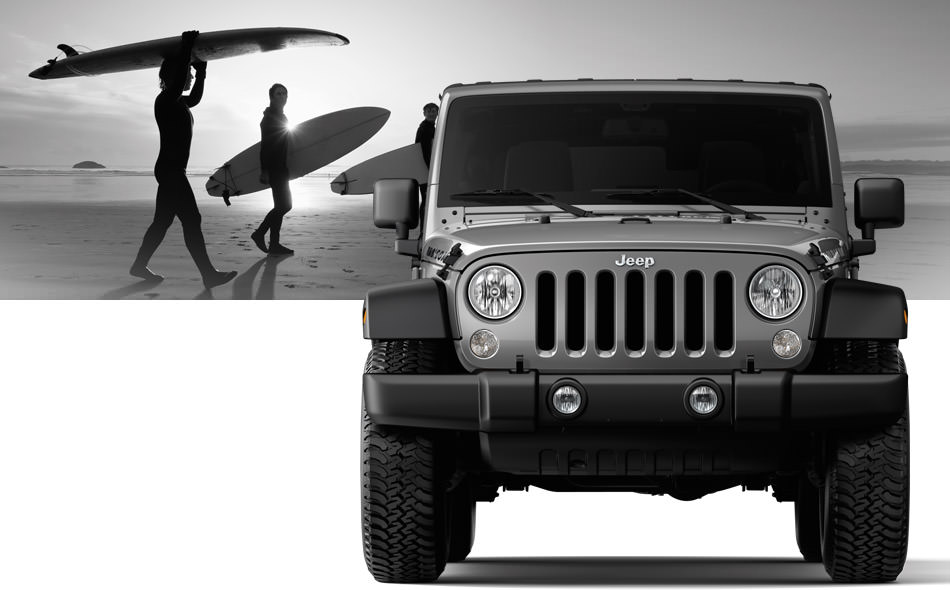 Your Jeep Wrangler Unlimited is capable of so much! Maybe it’s the simple task of getting you to work and back for the day. It could be to pick your children up in the snow, because that 4X4 system is like no other! If you are like me, you love to surf and your Jeep Wrangler can handle that responsibility too! Just equip it with a roof rack able to hold your boards and get on your way! 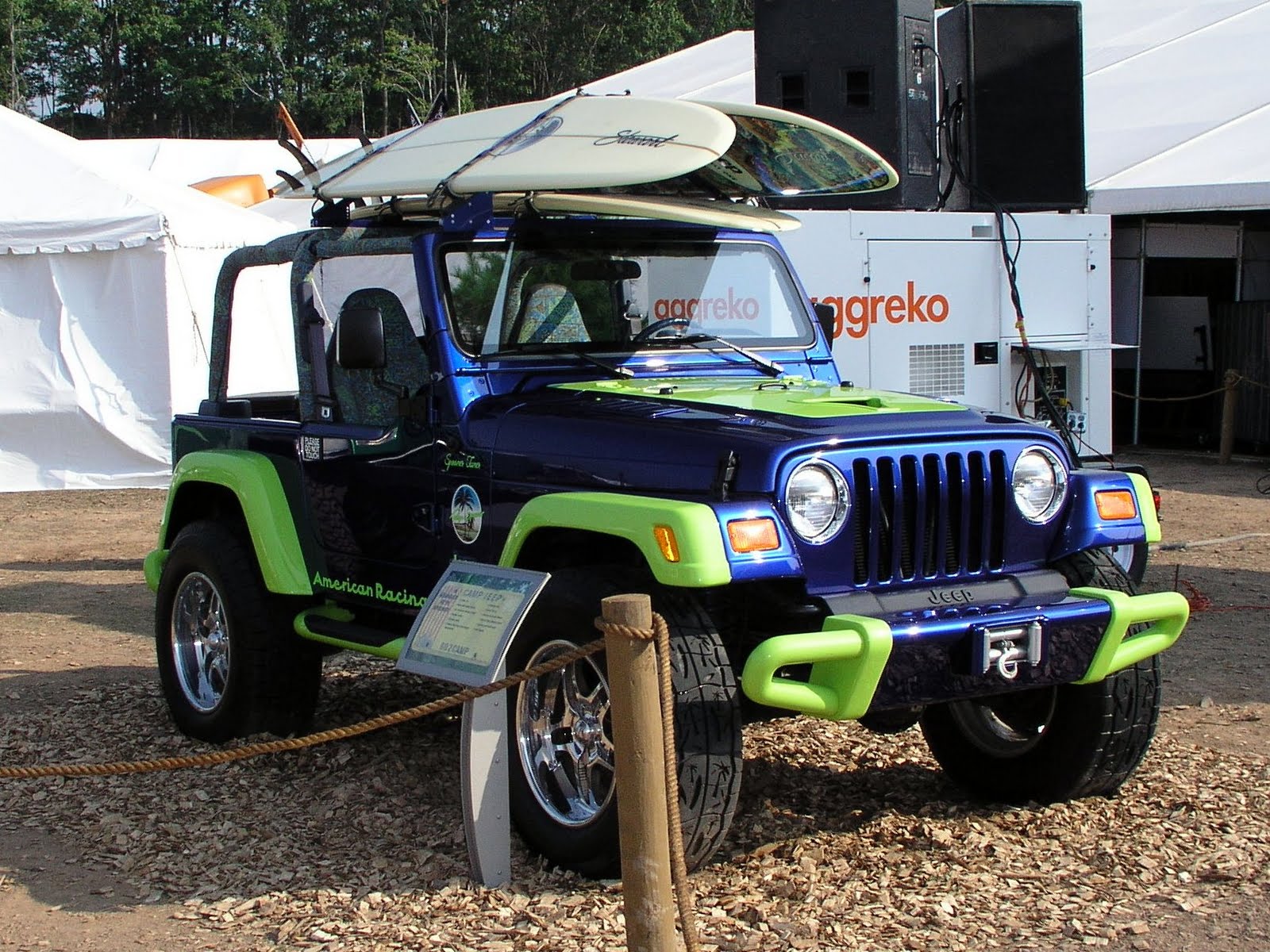 The 4X4 system, Rock-Trac 4WD, helps deliver more control and more torque at the wheels to help you go virtually anywhere you point your vehicle. So, you will be able to get to the best surf spots with no hassle! Plus, the Alpine sound system will pump up your mood and get your body ready! Get off the couch, stop living a boring life and get out today! See ya in the water!

Rain, rain, go away; Come again another day. Like tomorrow! Let’s face it. Rain can be a ton of fun, especially if it rains for a couple of days in a row! If you are following my thinking, you will end up with the conclusion of mudding! Who doesn’t love a little mudding? I have the perfect mudding vehicle for you! Actually, it’s useful for many things, but mudding is the main one! The 2014 Ram 1500 Laramie Longhorn! Equipped with the stunning 5.7L V8 Hemi engine, and Class-Exclusive Active Four-Corner Air Suspension, this truck will power through the deepest and thickest mud around! Trust me! Come check it out at Wood’s Automotive Group today! Click here!

I love creative things. I love Jeeps. I also love the Kansas City Chiefs. Put all of these things together and you get the grand prize! This kick butt 2011 Jeep Wrangler Unlimited Sahara Kansas City Chiefs Custom Edition! 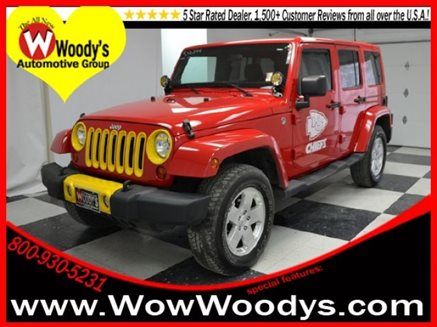 It has a 3.8L V6 engine so you will never be too late to do the Tomohawk Chop or do the chants! Plus, it will be the ultimate tailgate experience will all the fans gathered around you, the super fan, with the super SUV! Play loud music with your Infinity sound system for the whole parking lot to hear! Just picture it! It would be the perfect fan experience! Who knows, maybe a player would come out and sign your Jeep! So don’t waste anymore time. Come check out this Jeep today at Woody’s Automotive Group! Its sweet! 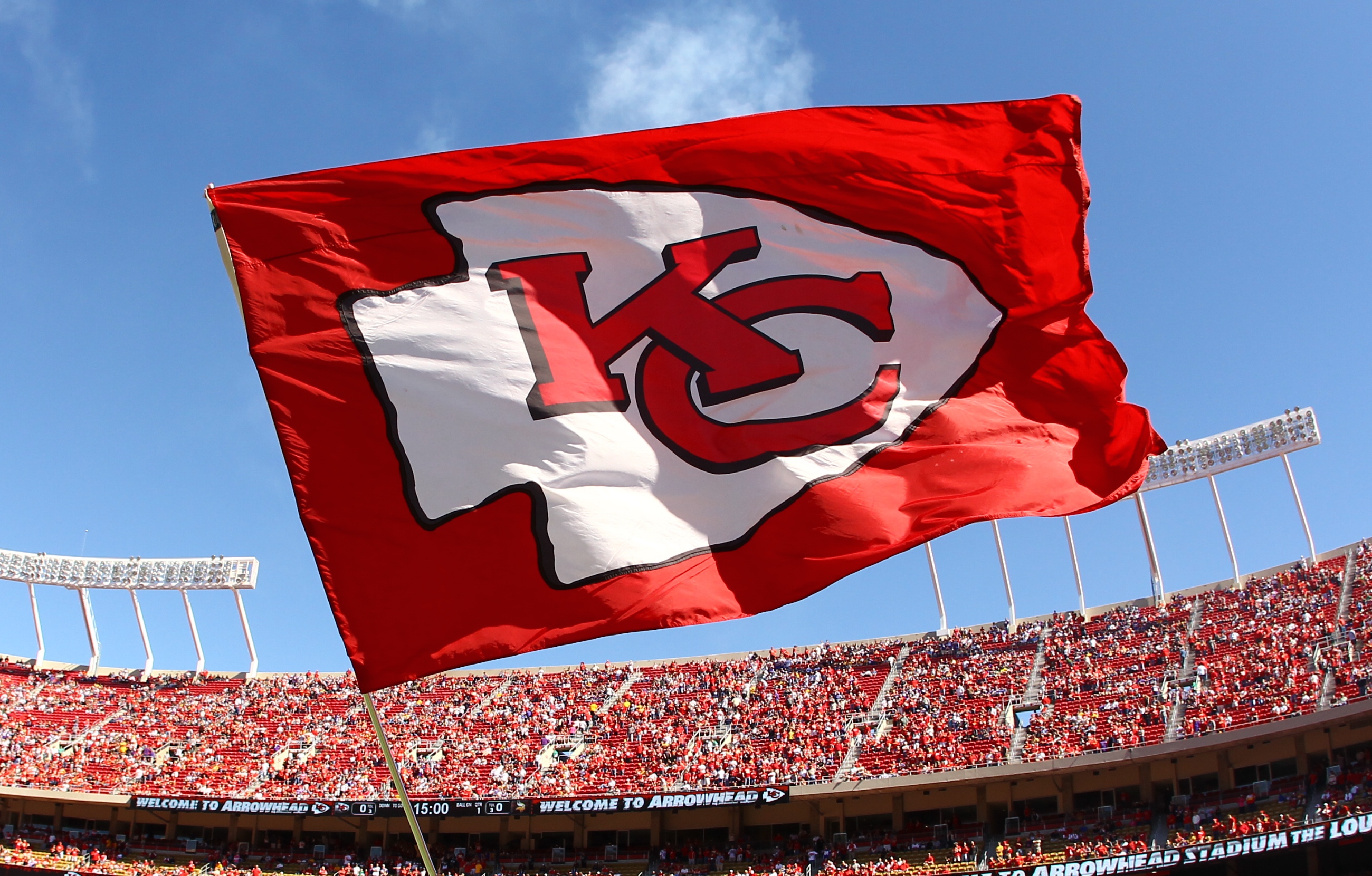 Like the beach life? Maybe for you its the just the outdoors life in general! There is no other SUV in the world that screams outdoors quite like the Jeep Wrangler Unlimited! The 2014 Wrangler Unlimited Sahara is pretty amazing! I for one love the top off. The open freedom feeling, with my favorite music blaring as loud as that Alpine Sound System will go! My friends would just laugh at me while I sing along to the song, but I’m guessing so would yours!

Don’t let that stop you! The amazing 4X4 system and load capacity allows for anything! Tie some kayaks to the roof, head down the trail and hit the white water! If it is hard to get to, it really is no problem for these bionic SUVs! 285 HP from the 3.6L PentaStar V6 Engine is ready to get you there, too! Come start your next adventure today, don’t wait any longer! Woody’s Automotive Group has several!

Is your fleet insured in a manner that will satisfy the law and keep you protected? In this video, Doug exposes some of the dirty secrets that some of the other rental and lease companies don’t want you to know. Check out this very informative video from Kline Van and Specialty Rentals today!! Fix your problems before its too late!

Kline Van and Specialty Rentals is a full service provider. They can help with rental & leasing of course, but can also help with fleet disposal, fleet planning, purchase acquisitions, and transportation. If you want new or replacement fleet – fill out the no obligation quote and tell them about your fleet to trade in the notes section and if you only want to sell, use the contact us page. Send a message about what you have and what you want to do. Be sure to include some details on your fleet – year, make, model, avg miles, etc. Kline will contact you to get more details as needed and will be able to make a couple of different offers for you based on that information. Other companies may offer similar sounding services – but they may not have any funds or interest in buying your fleet directly – and will only broker it. Kline will also use brokerage as one option, but they are not just a broker, they own dealerships, lease companies, and other outlets – Kline many times will OUTRIGHT PURCHASE fleet from companies wanting to sell. Kline would be happy to locate, procure, and sell fleet to you at a discount! They can help you find new, near new, used, or really any type of fleet your need or budget calls for. They can do almost any make and model – and Kline can ship units anywhere in the 48 mainland states! Check out this very informative video right here!

If you are in the market for a new fleet and are worried about how you are going to pay for it, don’t be!! Kline Van has many payments options, but depending on lease type and time duration, Kline can accomodate almost any type of payment plan needed to fit their needs! Purchase orders are a great way to meet those needs and extremely easy to work with! Invoices will go automatically the the customer! Kline provides information for each individual vehicle on the fleet statement. Never have a doubt on where the money went. Kline accepts: checks, credit cards and wired funds! If you ever have an issue with your statement simply contact Kline and take care of the problem together! Watch this amazing video with Kelly from Kline!!