If you are in the market for a new fleet and are worried about how you are going to pay for it, don’t be!! Kline Van has many payments options, but depending on lease type and time duration, Kline can accomodate almost any type of payment plan needed to fit their needs! Purchase orders are a great way to meet those needs and extremely easy to work with! Invoices will go automatically the the customer! Kline provides information for each individual vehicle on the fleet statement. Never have a doubt on where the money went. Kline accepts: checks, credit cards and wired funds! If you ever have an issue with your statement simply contact Kline and take care of the problem together! Watch this amazing video with Kelly from Kline!! 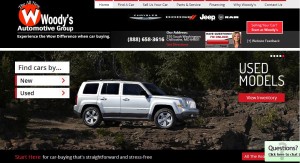 So you are in the car shopping business, with the New Year or tax season, and you want a one stop car shop! Woody’s Automotive Group is your place!  We have one price policy vehicles, trade-in, finance, credit app,  leasing, mechanical work and more! Check out these links from you home and have everything in order before you come down. When you do come down, everything will be ready for you, and it will be so fast you will think you never stopped by! See ya soon or call us at 1-660-646-3455!

Woody’s Automotive Group may have over 700 vehicles and our sales advisers job is to sell cars. However, here at Woody’s our sales team is more than just a sales person, they are real people who really care about their customers and want them to be happy! We live by philosophies that we all agree and strive to live up to! Such as, It’s our goal that you love the vehicle you buy. It is also our goal that you love the payment and pay it off sooner rather than later. At the new Woody’s Automotive Group in Chillicothe, we want you to have a car you love, that fits your budget and have equity with it the entire time you own it. Wow! or I am totally committed to customer satisfaction. If you ever feel you have been treated in an unsatisfactory way call me, here is my cell phone (888) 881-0393. On the other hand, if you are like most of our customers and have recently been wowed by the new Woody’s Automotive Group, give me a call (888) 881-0393 and let me know that too. Brent Kline, owner, Wow! Check out our other philosophies here!! We really make the car buying experience one of a kind and fun, so if you are in the market for a new or used vehicle stop in today at Woodys, where we treat people like our friends or neighbors, nothing less. 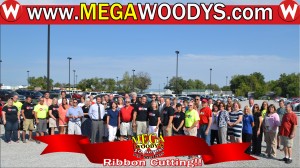 Today we are taking a step back from the cars, trucks and SUV’s topic and talking about women. More specifically, empowering women to stand up, make change happen and strive for excellence!  Its the end of 2013 and by now, it should be noted that women are just as successful as men. For example, GM just hired their first female CEO, Mary Barra. She is just one of 23 women heading a Fortune 500 company, and the first to head a major automaker! This comes around as a huge step for women in the business world! Finally, someone who started at the bottom, as an intern, has made it to the very top, breaking through that “glass ceiling.” So with her as an example and many others surely to join her ranks, it is about time women get the respect and gratitude they deserve, in every aspect of life. A huge aspect being car shopping. A woman deserves the opportunity to buy a car in a fair process just as much as a man. At Woody’s Automotive Group, that is exactly what happens. You won’t have a problem with sexism here, or unfair interest rates because you a girl or talked down to like you are unintelligent! We have one of the best female car sales advisers in the country here! Polly Applebury loves her job and she is one of the best at it! We have several female head of departments, and many who are the back bone! The push themselves and everyone else to be fair to all who walk through the door! So stand up for women everywhere and lets stand up for ourselves! Check out Woody’s Automotive Group women, you deserve a car as much as anyone else! Also check out this review! http://goo.gl/fnp5vy